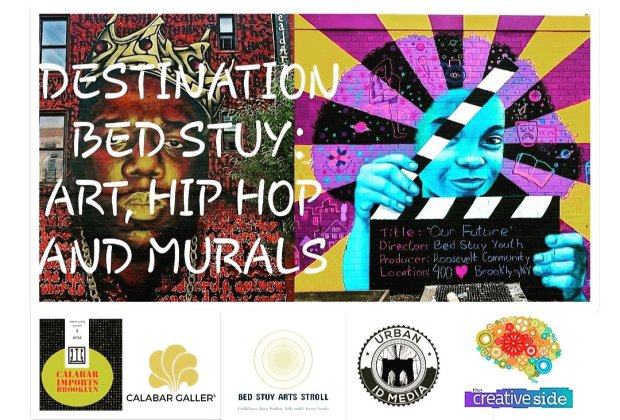 Bed-Stuy, which covers roughly 2,000 acres and is home to more than 400,000 people. This is a list of about 40 murals, a fraction of what the neighborhood has been tagged with. They depict famous residents, colorful, positive and celebrate the community and family life; famous names such as Jay Z, Mos Def and Big Daddy Kane. The older murals offer affirmations, positivity and encouragement.

The Northern End of Bed Stuy

This Mural List for Bed Stuy Arts Stroll has been compiled by Atim Annette Oton, Calabar Imports and Calabar Gallery with assistance from the community members of the Facebook Group: Bedford Stuyvesant, Brooklyn and this web article: https://www.tiffanyhaglergeard.com/bed-stuy-brooklyn-murals#28